Helm Point Solutions is a comprehensive security solutions provider, offering our experienced team of experts to combat today’s cyber challenge in securing architectures, systems, networks, and the physical aspects of the areas in which they reside and safety of those that occupy such facilities.

As the lines between physical and digital mediums are often obscure, Helm Point Solutions is positioned to help organizations combine IT solutions with proven physical protection practices to solve the real-world security puzzle.

Founded in 2007, Helm Point Solutions is a woman-owned small business headquartered in Columbia, MD. Our vision is to be the premier provider of solutions to the IC, DoD and commercial entities while upholding a solid reputation for taking care of our employees so they can focus on our customers and their mission.

At Helm Point, we take pride in the work we do and even more pride in the team members who do it! We care about our employees and we support them by offering supreme benefits to include: promoting individual growth through career development plans, mentoring, education and training, personal wealth development with 401K Match, profit sharing, various opportunities for bonuses, and personal development so that our team can have a work-life balance, support the community, their passions and celebrate themselves where at Helm Point your birthday is a holiday!

We strongly value giving back to the community! We are a proud sponsor of AFCEA, Wounded Warrior Cyber Combat Academy, and various STEM programs.

Through our Philanthropic Mission Support program, we can help! Whether you’d like us to volunteer at a charity event, make a contribution, or host a fundraiser, let us know how we can support your cause! 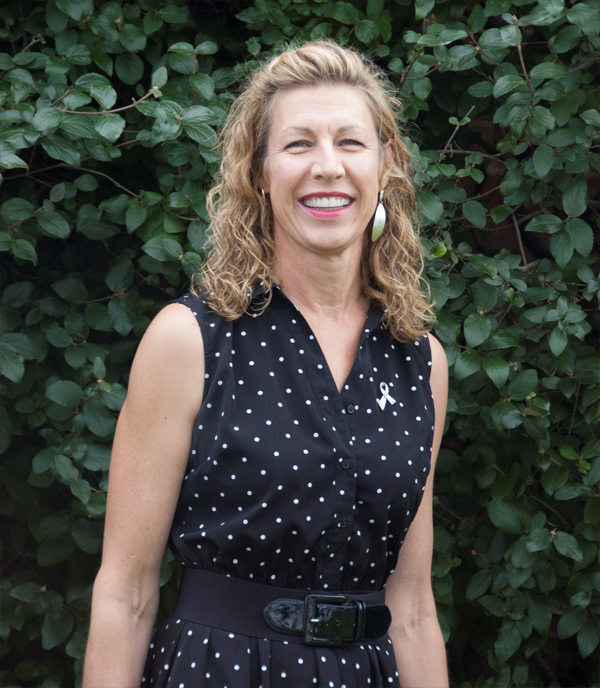 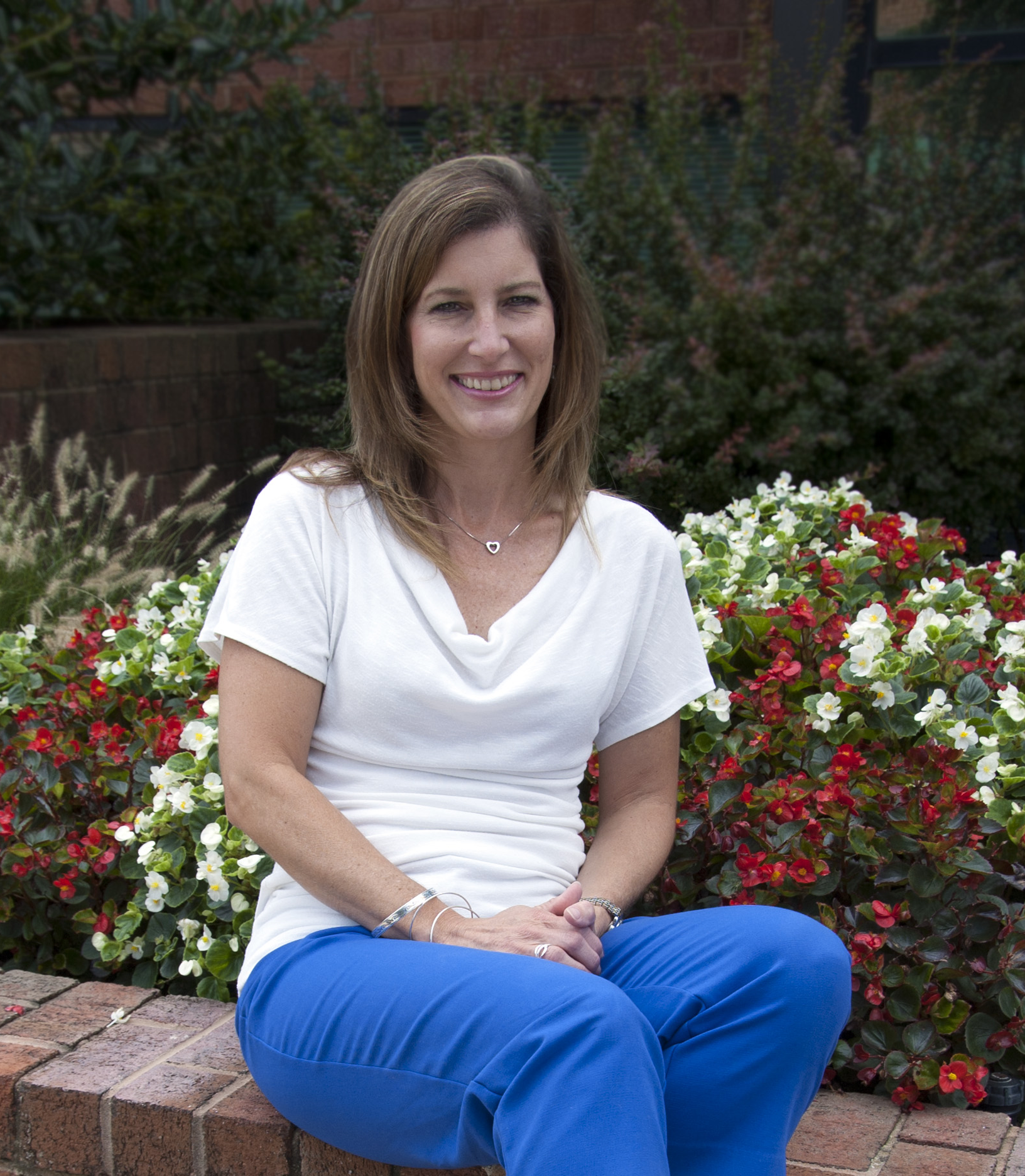 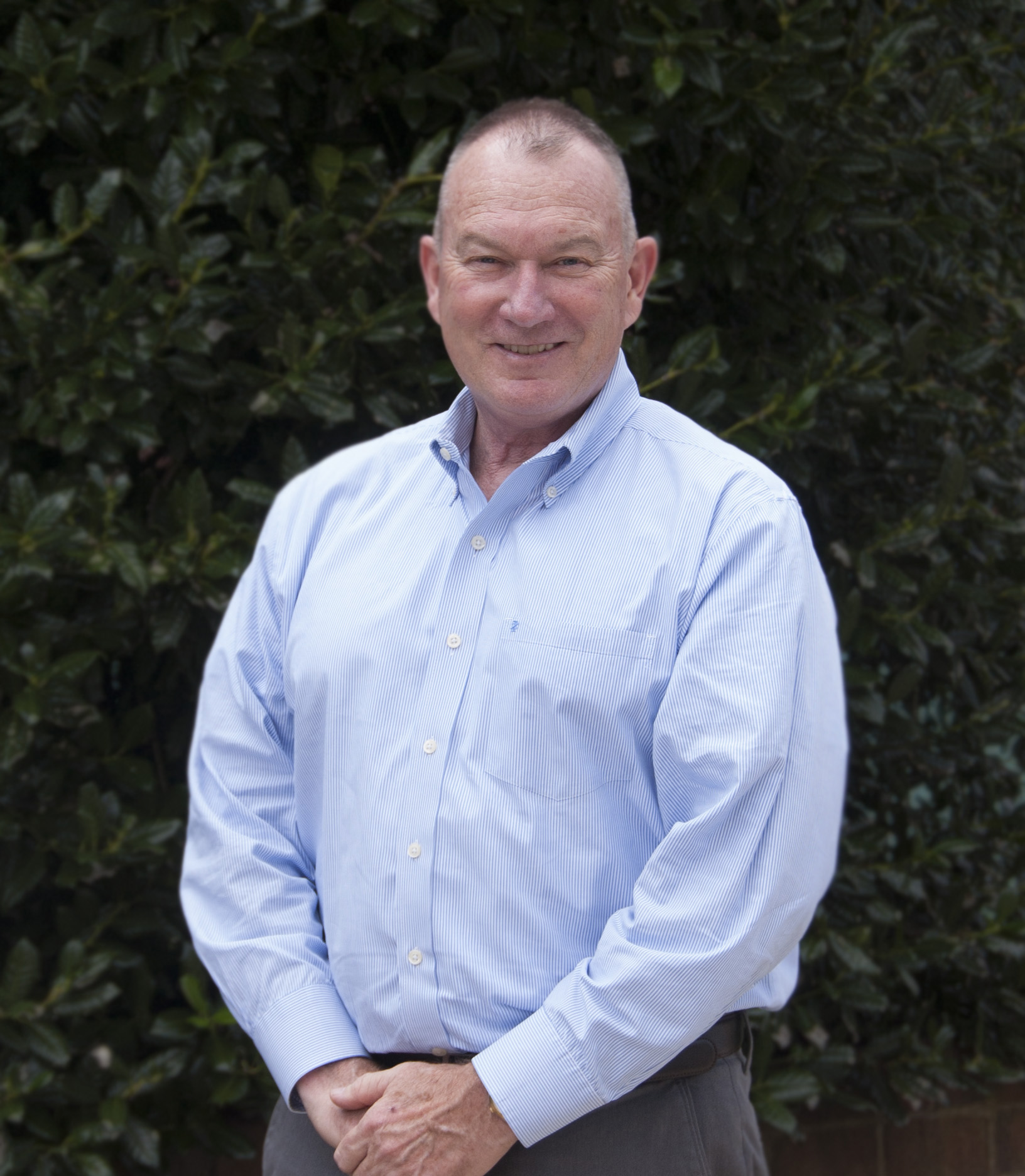 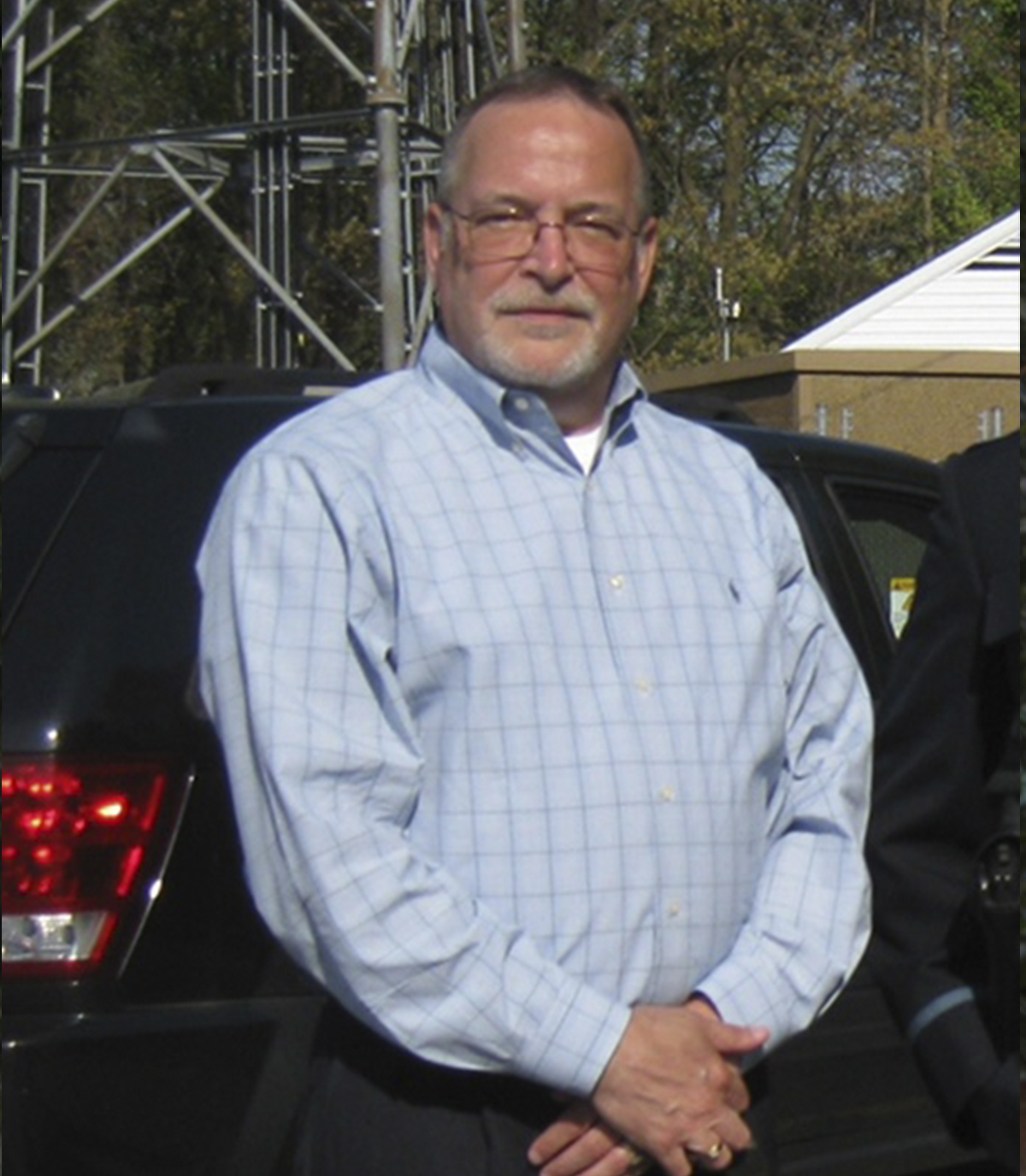 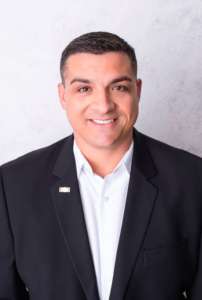 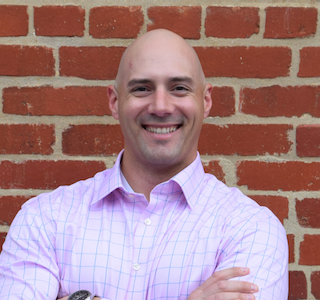 Mr. Martino combines a project management and technical engineering background in secure communications with a passion for mentorship.  He has assisted companies transitioning to agile development practices and worked with government and industry leaders to refine the DoD agile acquisition process.  He frequently speaks at events focused on steering high school and college students towards engineering disciplines. He also supports the FIRST robotics program, helping high school students learn about science, technology, and life as an engineer.  Mr. Martino holds a Bachelor’s degree in Computer Science from Mississippi State University and a Master’s degree in Software Engineering from University of Maryland University College.

When Geoff isn’t coaching our team he can be found coaching his favorite sports teams (unbeknownst to them) via the TV screen, or on the links assessing the vulnerabilities of area golf courses. 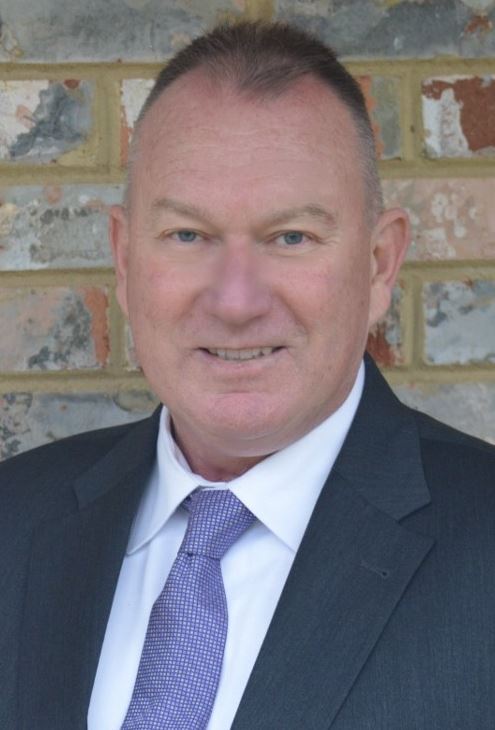 As the Director of Security Services for Helm Point Solutions, Dave Webb, is a thought leader in force protection. With more than 25 years in law enforcement, he holds a strategic role in the safety and security of our customers. Dave is an advocate and a catalyst for change in security policy and processes. He is a promoter of public awareness and education. He has been an internationally recognized authority and an invited speaker on mass crowd control since the 2009 Presidential Inauguration, where he was the WMATA representative, coordinating police officers from 175 jurisdictions, providing security support to the event.

Dave joined the Helm Point Team in 2010, creating a culture of customer service where employees see their value to the mission. He champions our force protection teams to meet the challenges of evolving security threats and the unpredictable forces of mother nature with a focus on preempting their affects by planning, preparing and practicing.

Prior to his adventures at Helm Point, Dave was sworn to serve and protect the citizens of the Washington Metro Area.  As the Deputy Chief of the Washington Metropolitan Area Transit Authority Police Department (WMATA), a tri-state police department with a jurisdiction and arrest powers throughout the 1,500 square mile Transit Zone that spans the DMV area for crimes that occur in or against Transit Authority facilities. It is the only tri-jurisdictional police agency in the country and serves a population of 3.2 million. During his tenure with MTPD as Deputy Chief of police he served as principle advisor to the chief of police on operational, administrative, and tactical police and security matters, managing 300 + police officers.

He earned his Bachelor of Science in Police Science from George Washington University, Washington, DC, and is also a graduate of the FBI National Academy.

Dave’s biggest security success has been as the father of two smart and successful daughters whom follow their father’s footsteps in pursuing their passions. On a nice day, Dave can be found either working on his collection of  toys or enjoying the open road on his motorcycle with friends. 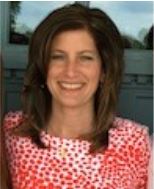 Kathryn Shamleffer, Chief Operating Officer of Helm Point Solutions is a Maryland native and educated with a degree from the University of Maryland.  Kathryn’s career has been an investment in the success of Maryland, its businesses, its students, its government and the government entities that reside here in Maryland. She has worked within the commercial and intelligence space using best practices from each to deliver awareness, success and growth for each organization.

Kathryn has been a catalyst for repeatable processes, transforming Helm Point offerings in Maryland to primes and customers in Virginia, Delaware, Washington, DC and Georgia.

As the COO, Kathryn has delivered a critical mix of product and services knowledge to the Helm Point team and their customers. Ms. Shamleffer continues to practice her craft at Helm Point Solutions where she has focused on building a strong back office infrastructure to support the future growth of the organization.

When Kathryn isn’t keeping our operations propelling forward, she can be found spending time with her family enjoying the outdoors either on the water, cycling or on her farm. 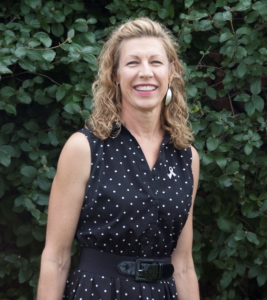 Rhonda Cornelsen is the CEO of Helm Point Solutions, a Women Owned business delivering high-end solutions to solve the most complex challenges in cyber security and protection services. Rhonda is a technologist and an entrepreneur with expertise in building agile organizations that respond to the changing missions of Intelligence Community, DoD and commercial customers. She has supported the IC since 1989 and NGA since 2009. A graduate of the University of Richmond Mathematics program, she has pioneered the way for women in the security field, both in technology and in taking a boots on the ground approach to physical security rolling up her sleeves and working alongside her team and understanding the needs of her clients. Rhonda has championed the company’s advancement of technical capabilities and expansion of security support services.

Her approach to furthering the education and careers of her crew and commitment to providing superior service for her customers has made her a trusted contractor in this community. Rhonda founded Helm Point Solutions on the idea that a culture of promoting a work and life balance while providing challenging and engaging work allows the best possible solution for both the team and the workplace.

With a trusted history of success and an eye on the future Rhonda is committed to keeping the lines of communication and innovation open while growing Helm Point Solutions to provide opportunities as the needs in the world of security grow.

When not captaining the ship at Helm Point Rhonda can be found enjoying the open waters, sailing with friends and family. 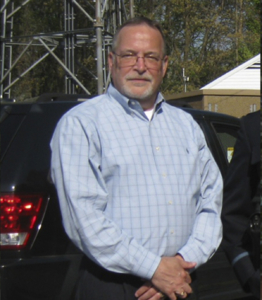 Mike DeLorenzo has over 30 years of experience in the assessment, test, evaluation, documentation and management of security issues, systems, programs, and diverse environments for both the DoD and IC.  Mike leads the Engineering and Cybersecurity teams at Helm Point.    He has managed business units as large as $40M in revenue with over 100 cleared technical personnel.  Duties have included program execution, business development, capture management, proposal generation, costing, recruiting and many other executive responsibilities necessary to manage and grow a business unit.

Mike served in the United States Air Force (USAF) for 12 years, the final years as a Special Agent with the Air Force Office of Special Investigations (AFOSI) specializing in the planning, organizing, coordinating and executing of counterintelligence and counterterrorism operations. He spent a year each of his Air Force career studying both Russian and Turkish at the Defense Language Institute.

Mr. Kociemba is a seasoned cybersecurity professional with extensive experience in cyber-protection cyber-resilience, strategic planning and the authorization and approval (A&A) of IT systems at all levels of security classification.  Mr. Kociemba began his cybersecurity career consulting with commercial organizations (higher education, healthcare, financial and defense contractors) who were striving to secure their computing infrastructures before moving on to federal (IC and DOD) and state cybersecurity environments.   Mr. Kociemba has held leadership positions at US Cyber Command (USCYBERCOM) as Authorizing Official (AO) at the Office of the Director of National Intelligence (ODNI) where he was the Chief Risk Management Officer while serving concurrently as the Information System Security Manager (ISSM) for the 17 agencies of the US Intelligence Community and most recently at the National Security Agency where he was the Delegated Authorizing Official.

As the Cyber Security Assurance Manager at Helm Point Solutions, Jason Sproesser spearheads the organization’s efforts in helping government contractors achieve DFARS, NIST, and CMMC compliance. Jason’s has developed Helm Point’s Cybersecurity Solution based on a model that illustrates his exceptional ability to work with diverse organizations in both technical and non-technical sectors, a thorough knowledge and understanding of compliance requirements and customer environments, and a proven track record for helping organizations improve their cybersecurity programs.

An emerging thought leader in the subject of Governance, Risk, and Compliance; Jason provides industry awareness to the foundational elements of cyber program development. He has developed and executed risk and compliance programs at the enterprise level for multiple government and commercial clients for nearly a decade.

Jason is a lifelong Maryland resident and a graduate of the University of Maryland Global Campus. When not helping DOD contractors protect our nation’s most critical assets; Jason can be found spending time with his family, watching the Alabama Crimson Tide, or playing 18 on the golf course. 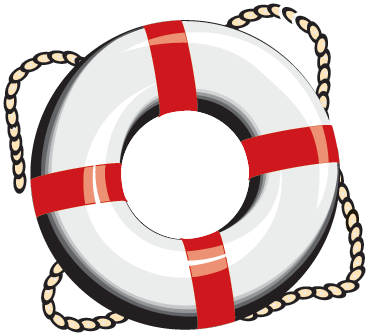 Ready To Rescue Your Career?
Convert Plus is all-in-one software to generate more leads & drive more sales with onsite targeting